Hotel Xrisi Ammoudia (Golden Beach) is located on the beach of Agios Nikolaos of the village Aidipsos and it is the perfect accommodation choice to explore the Northern parts of Evia (Euboea). The hotel is situated in a convenient location, close to all local amenities, only 15m from the beach, 1.7 km from Loutra Aidipsou and 800m from the village Aidipsos.

A welcoming and bright environment, with a warm and friendly service, Hotel Xrisi Ammoudia has 14 modern studios that will offer you comfort and relaxation and make you feel at home. All the studios are equipped with en suite full bathrooms, air-conditioning, TV, free WiFi and refrigerator while some also have a mini kitchen. The hotel has a spacious living room area and is accessible to people with mobility problems. The accommodating and friendly staff is always at your disposal to assist you with anything you need during your stay.

You can have your choice of room, there are rooms overlooking the sea, as well as cool backyard-facing rooms. From the balconies of the hotel you can enjoy the view and the sunset in the North Evian (Euboean) Gulf. The organized beach with umbrellas, sunbeds and beach bars is right in front of our hotel and it’s the ideal place to relax while enjoying the magnificent views, Greek sun and warm blue sea.

In the area of the ​​Agios Nikolaos Beach you will find tavernas, restaurants, cafes, beach bars, a mini market, a kiosk, and frequent public transport that will take you to the village of Aidipsos and Loutra Edipsou. From Loutra Aidipsou you can travel to every part of the island, either by public transport or by taking part in day excursions by bus, boat or ferry to many beautiful locations. 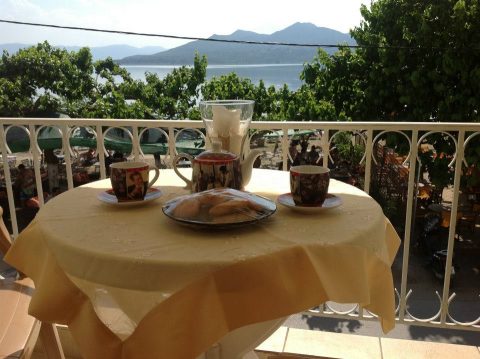 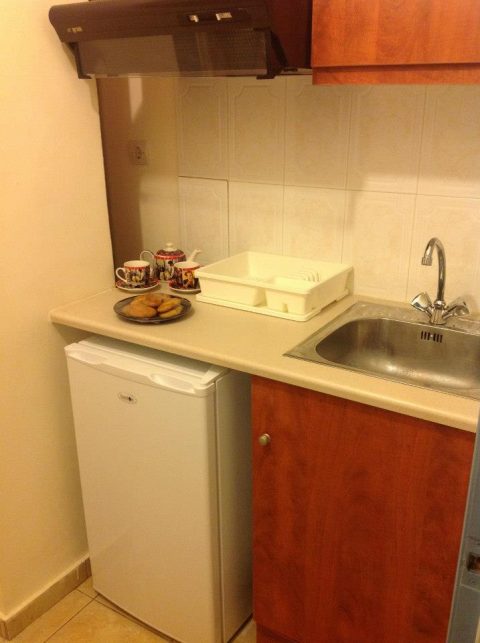 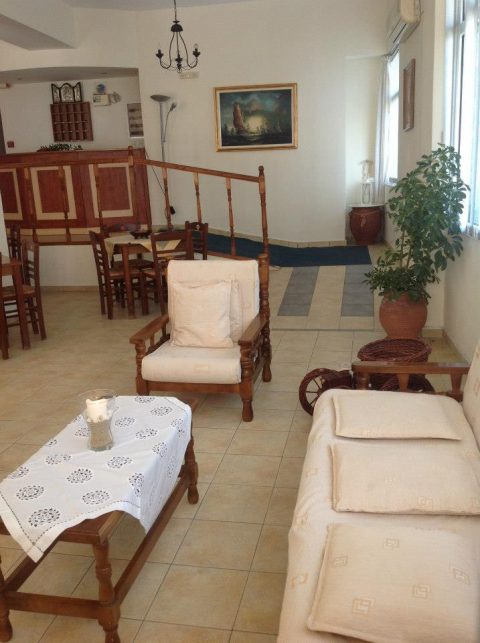 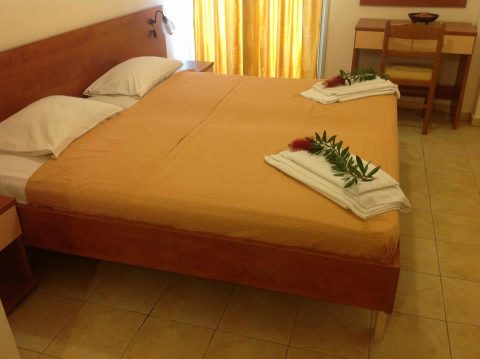 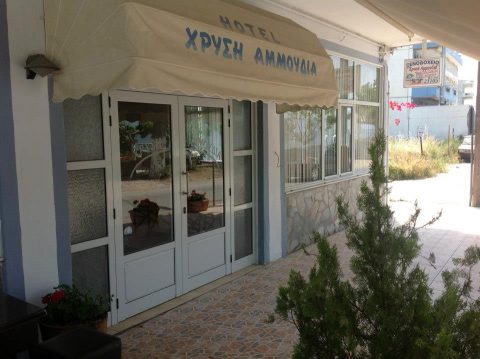 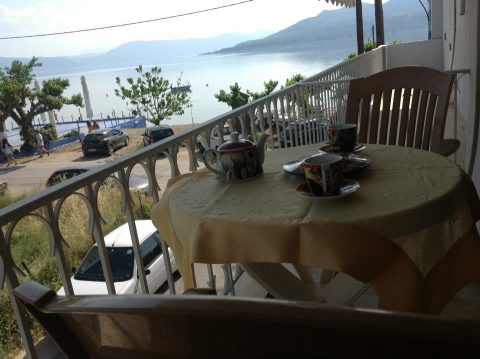 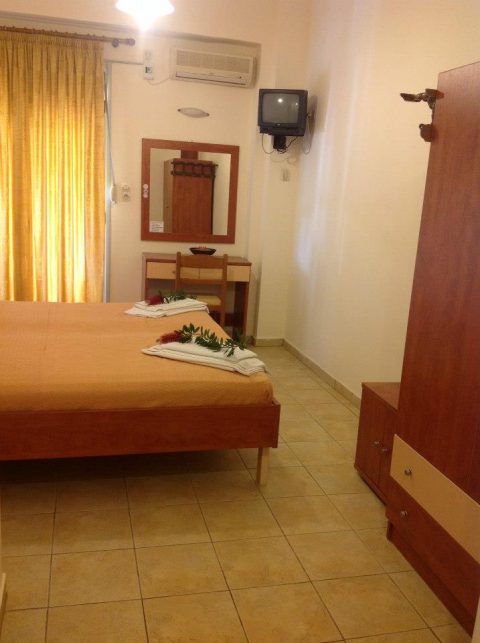 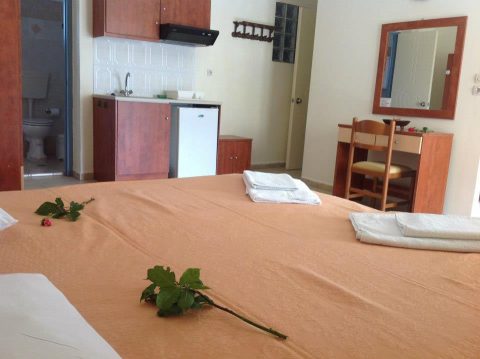 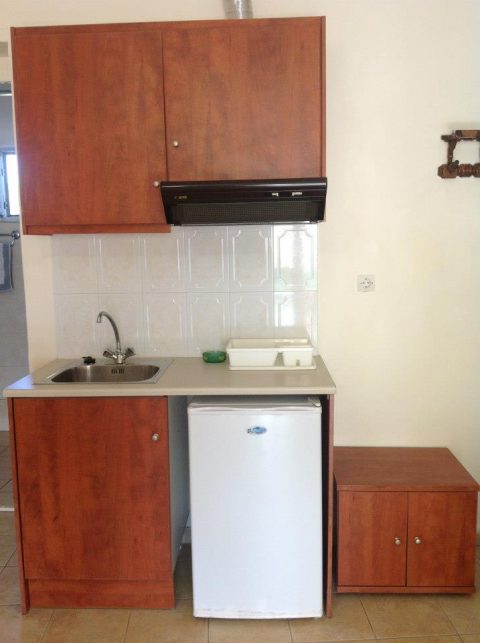 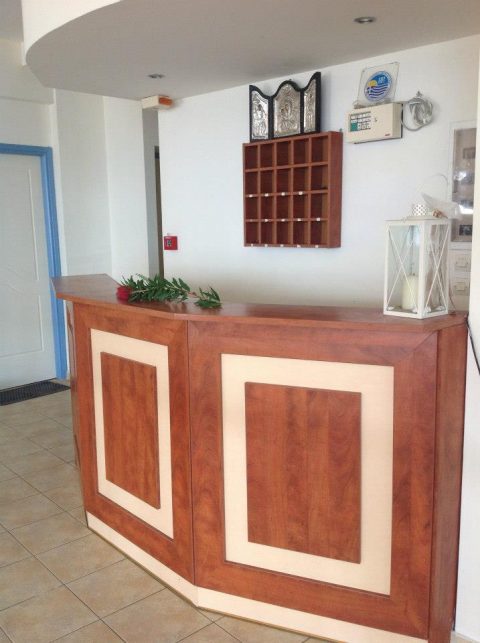 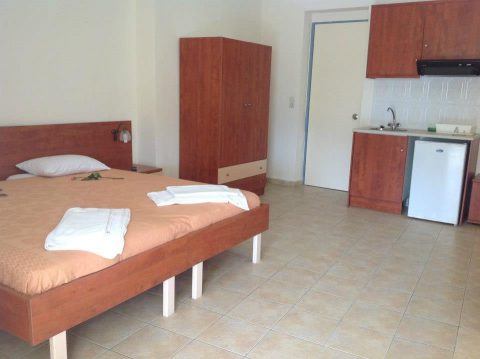 Loutra Aidipsou is the largest city with natural thermal springs in Greece. There are more than 80 healing springs in Aidipsos, under and above ground, many of which end up in the sea.

The springs were known since Aristotle’s times and were visited frequently during the Roman times by patients. Due to this, there are plenty of archaeological sites and monuments that you can visit, such as the Cave of Roman General Sylla (Spilia tou Sylla) for which there are many speculations and legends – just ask the locals!

The Archaeological Collection of Aidipsos is housed in the first floor of the EOT Hydrotherapy Center and houses exhibits from the prehistoric past of the area as well as ceramic samples from the geometric to the Roman times.

In addition to the historical artifacts and exhibits, you can enjoy the sports and cultural events that are organized every summer as well as a walk along the beach sidewalk of the port which is full of shops, restaurants and cafes.

The most idyllic romantic and tranquil corner of Aidipsos. In this area with the exquisite taverns andthe unique and renown patisserie-cafe, each visitor can relax and enjoy the atmosphere of the plane trees that surround the whole area and the warmth of the spring that emerges right behind the cafe.

Lihadonisia is a set of seven larger and a few small islands in the northwest of Evia. They are located at the meeting point between two gulfs, the North Evian and Maliakos Gulf. The islands are well known for the beautiful sand gold beaches and clear blue waters. Many excursions are organized to the islands every day.

The village of Yaltra is located on the northwest side of the island of Evia near Aidipsos. The village is built on a 150m slope overlooking the Yaltra Gulf.

The area has been inhabited since ancient times and the first inhabitants were Athenians. They settled here during the period of the Greek - Persian Wars, in the 5th century BC, approximately 2km southwest of the village's current location, on the beach that the locals call “the baths” because of the thermal springs located there. Later residents were forced to transport their settlement far from the beach to escape the raids of pirates.

Today Yaltra maintains its traditional style, with the construction of the village reminiscing the Aegean islands with their narrow streets and old stone buildings of the 18th century. In the center of the village you can find the Greek Orthodox Church of Agios Nikolaos which was built in 1884. The distance from Loutra Aidipsou is 15km.

Ilia is a picturesque seaside fishing village that was built about 70 years ago and took its name from the Temple of Apollo Heliou (oracle of Selinoundiou Apollo) built on Mount Telethrion.

The village has a very beautiful beach with crystal clear sea and a spring with thermal water. The tranquility and the blue of the Northern Evian Gulf are what characterizes Ilia. Saint George's Ilia Monastery is built at a height of 450m, on Mount Baltic, and offers a magnificent overview of the village. At the entrance of the village there is a road that leads to the Monastery.

Ilia is located at a distance of 8 kilometers south of Loutra Aidipsou, at the foot of Mount Telethrio, on the way to the village of Rovies.

The Church of Saint John the Russian

Saint John the Russian (Ukrainian: Йоан Руський) is one of the most renowned saints in the Greek Orthodox Church. Being a prisoner of war and a slave to a Turkish Agha, he became famous and respected even by his Muslim master for his humility, steadiness in faith and benevolence. His holy relics are undecayed and wonder-working; there are traditions that this saint particularly helps sick children and those who suffer from cancer. His memory is celebrated on May 27th.

The Waterfalls of Drymon are located between the villages of Kerasia and Drymonas, at an altitude of 620m, 4km from the Monastery of Saint David. In the same area lies the petrified forest of Kerasia, which dates back six millions years. Fossils of a number of mammals and invertebrates can still be seen in the hardened surface of the rocks. Most of what was excavated from the site can be visited in the local Museum of Petrified Mammals in Kerasia.

The Tower of Drosin

One of the most well-preserved buildings of the 18th century is located in the village of Gouves. The tower of Gouves was built during the first years of the 19th century by its then owner, the Turk Ibrahim-Aga. The building’s exterior is nothing like Turkish buildings of this era. Instead it looks more like a medieval mansion that dominates the whole region. It is two-storied edifice with stone-made one-meter-wide walls. By a ministerial decree of 1988, the building was identified as a preserved monument.

The monastery of Saint David is at the foot of Mount Kavalaris at an altitude of about 510m. The distance from Loutra Aidipsou is 32 km. When Saint David created the monastery, he did so on the remnants of a pre-existing temple. Saint David lived around 1550AD but the temple that existed before 1500 was destroyed by the Turks after the conquest of Evia.

The monastery is home to the relics of Saint David as well as many of his personal belongings. Surrounding the monastery are several chapels dedicated to various Saints and after a 20 minute walk in the mountain one can find the hermitage of Saint David. According to tradition, there Saint David hit a rock with his stick and from the rock spilled healing water.

The monastery is celebrated on August 6, during the celebration of the Metamorphosis of the Savior, and on November 1, the day of Saint David's memory.

Agios Georgios of Lihada is an ideal place for holidays, with its picturesque fishing port giving it a distinct tone. The visitor can swim in beautiful beaches along the coast before and after Agios Georgios, such as Xrisi Akti, Ascalosia, Nio Pigadi, Kokkina, Kavos, Ahinotopia, Vasilina, Agapito and Ai Vlassi. The southern coasts from Agios Georgios to Yaltra are considered among the most beautiful of Greece, as the dense flora, which reaches the beach, makes them look like tropical islands. Saint George of Lihada got its name from the temple of the same name, which is built on the foundations of an old hermitage.

We are very grateful to the portal VoriaEvia.net for generously allowing us to display photographs of many places of North Evia.

Take advantage of our early bird prices and send us an email at info@xrisiammoudia.com to make your booking for summer 2020!